29th August 2018, 9.57pm, time stood still as we welcomed our beautiful baby boy Max into the world. Although Max was 6 days late once he decided he was ready there was no hanging about, I had a record time 4-hour labour with a natural birth. We were over the moon he was absolutely perfect in every single way.

Max breastfed incredibly well from the minute he was born, we were so happy to watch our baby boy grow into such a handsome little character, always full of smiles and laughter. Everyone would always comment on his beautiful big blue eyes. We were living out our happily ever after.

On 2nd February 2019 Max became a little unsettled at home, we noticed a change in his breathing so thought best to get it checked right away at our local A&E. We were seen relatively quickly; they did an X-Ray and the doctor informed us that Max had a severe case of pneumonia and that he would need to stay on the ward whilst he had a course of antibiotics. This didn’t add up to us, Max hadn’t been sick, he’d never even had a cold, but as we were advised by the doctors, we thought it must be true. Always trust your instincts.

Max began to deteriorate extremely quickly. We kept on at the nurses and doctors to do more tests, but they insisted that we allow time for the antibiotics to kick in. As it was the weekend (apparently) no-one was around to do the X-Ray that Max needed. 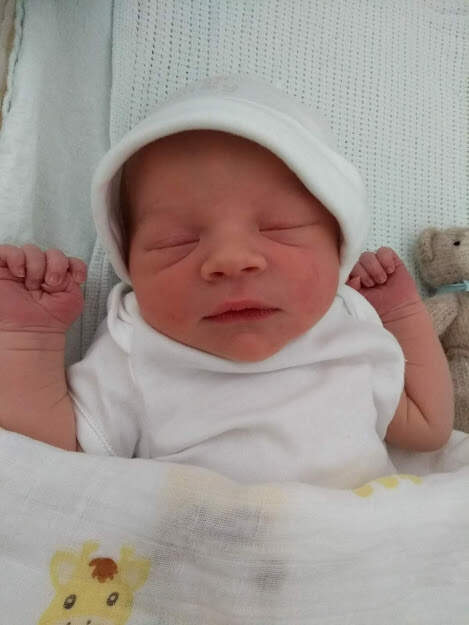 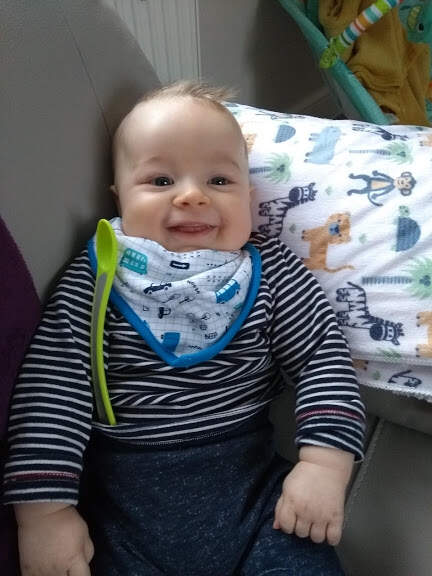 Our baby boy was now so poorly, he wasn’t feeding, he could barely breathe and he began to pass out from lack of oxygen and pure exhaustion from working so hard. Magically someone appeared to do an X-Ray as only now was this an “emergency”. As we suspected this was not pneumonia, nor was it any kind of infection, it was, in fact, a build-up of fluid already collapsing his left lung and spreading rapidly over the right, it needed to be drained urgently or he was going to die.

We watched on as doctors gathered around the computer screen, phone calls were going backwards and forwards, minutes seemed like hours. Max was in a bad way. Evelina hospital came to the rescue, they were escorted by squad car to save Max’s life. The consultant looked me in the eye and told us to prepare to say our goodbyes as the procedure was extremely risky, the fluid had now moved the position of Max’s heart so they could not be certain that the drain would be inserted into the correct place, it could kill him. We had no choice; he needed the procedure.

After a 2-hour procedure (that felt like 5 minutes) Max had been saved, the fluid had been drained and he was now on a ventilator to give him a rest. We were so grateful to Evelina hospital; we went back with them by ambulance as Max was now going to be looked after in their Intensive Care Unit.

The next day Max went down for a CT scan to check for the cause of the fluid build-up. We thought we could not fall any further until we received the results. Max had a large tumour growing rapidly in his chest, he needed to be transferred to Great Ormond Street Hospital where they would give us a diagnosis. We left right away.

Our world became a bubble, nothing is important anymore. Max remained in intensive care whilst he underwent various tests and operations to give us a diagnosis. After 2 long weeks of waiting, we were called into the parents meeting room, the world was upon our shoulders. Max had been diagnosed with an Malignant Rhabdoid Tumour, a highly aggressive childhood cancer. The prognosis was not good. A fundraiser was set up by our wonderful friends to raise money so that we could be together on this long road and not have to worry about bills and reality, without this we would have lost our house and had to split up.

We never really knew what actual fear felt like until that day (13th February 2019). As any parent would we took to the internet, the success stories were minimal, every case was different, and it was so rare that the research was almost non-existent. Our hope relied upon a miracle, they do happen so somehow, we remained positive, reluctant to give up.

Treatment began right away; Max had a double-lumen Hickman line inserted into his side to have intensive Chemotherapy administered every 2 weeks. This killed off every cell in his body which meant he had to take a cocktail of medications to counteract the side effects caused by the Chemotherapy. Our previous worries of giving too much Calpol now seemed ridiculous.

Max was so poorly he struggled to make it out of Intensive Care, which meant we had to leave him every night to stay in the hospital accommodation, we were not allowed to stay on the unit in case of emergency. We managed to get up to the ward on a couple of occasions but we bounced straight back down, the second time was horrific, Max had now caught a fungal infection that had taken over his body and spread to his lungs, we were again told to prepare for the worst. We feared that we would never see his smile again.

A new Hickman line was inserted along with 2 more chest drains and then things started to change, we began to see improvement, we finally made it out of intensive care and up to the ward after 7 long weeks. I could finally hold my baby without asking a nurse and without the fear of dislodging anything. Day by day our boy was coming back. 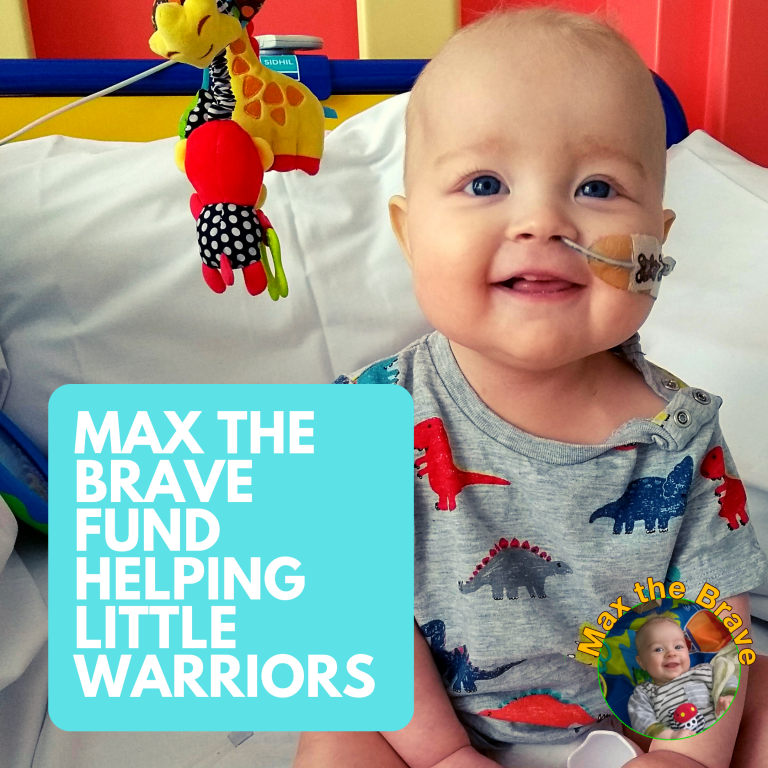 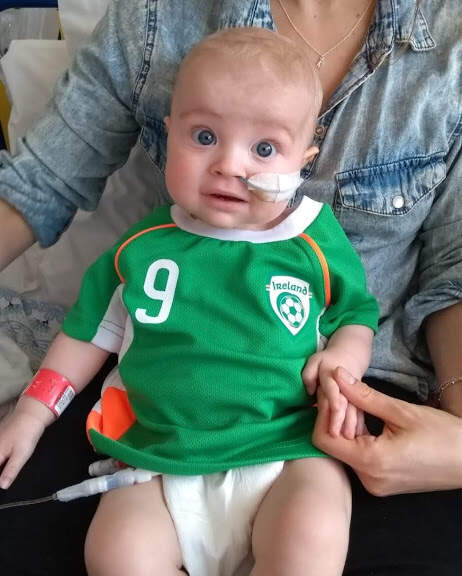 Max’s health continued to improve, the nasty tumour was shrinking, and the fungal infection was on its way out. He was smiling again, laughing and dancing, he had everyone on the ward doting on him. We were able to go out and about as a family and even made it home on a couple of occasions. Everything was going so well; Max did a great job at harvesting his cells ready for high dose chemotherapy and we were even preparing for surgery to remove most of the tumour. That Miracle was about to happen. 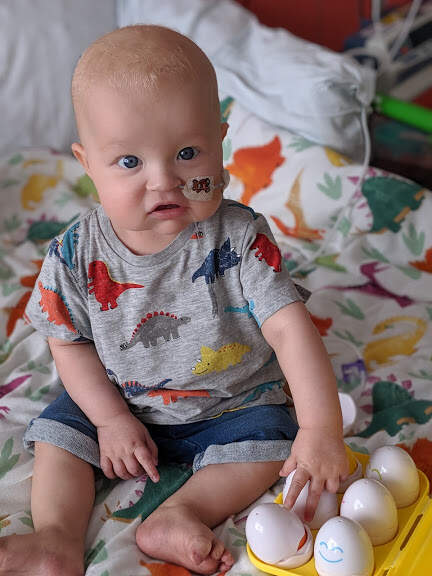 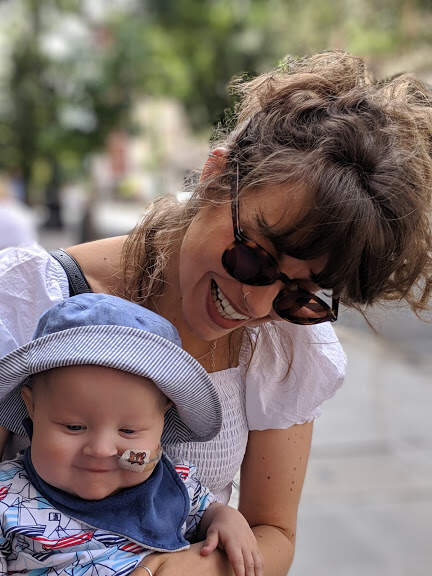 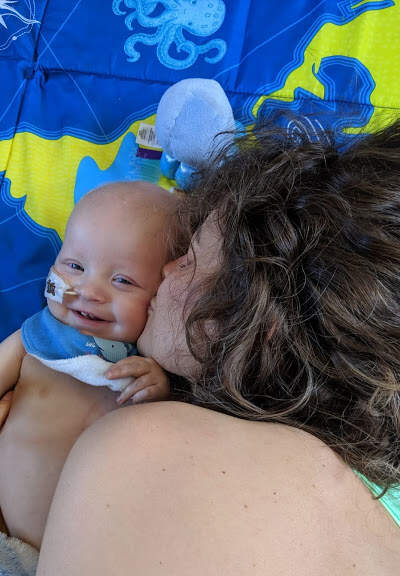 On 11th July 2019 our world came crashing down, Max had been for a CT scan that morning to confirm some details for surgery, but surgery was now no longer an option, nor was the High Dose Chemotherapy, the tumour had grown, the Chemotherapy was no longer working and there was no other treatment available. How can there be nothing? Max appeared so well.

We requested to go home and enjoy what precious time we had left, we were constantly researching alternative treatments, we tried everything! We had friends all over the world trying to help.

We did get to enjoy some precious time at home and created memories that we will treasure forever. Sadly no time is ever enough.

Once Max began to deteriorate, we decided to take him to Christopher’s (Shooting Star Children’s Hospices) in Guildford, it is so beautiful there. We were really looked after as we spent our final days together. It pains me every time I visualise and remember those last moments, seeing the hard work he had to put in to each breath, I would have given my own life to take the suffering away from him, we have to live with these memories forever, we will certainly never forget. Thankfully the nurses at Christopher’s were on top of palliative care and gave him medicine so that he did not have to feel any pain or panic with the breathlessness and on 11th August 2019 at 8.37pm Max passed away cradled in my arms. 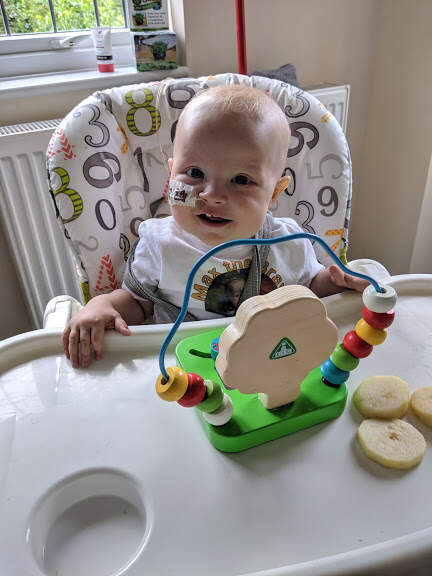 No child deserves to go through such pain and suffering, every child deserves the best chance at life. We owe it to Max now to do what we can to help assist with funding the research that is desperately needed to prevent these cases from happening time and time again.

Goodnight Max the Brave. Forever in our hearts. x 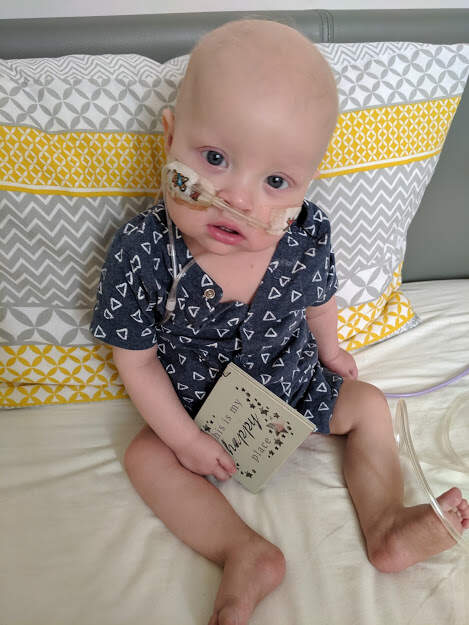